It’s autumn now which, where I live, means that you can walk from your car to the coffee shop without beginning to perspire profusely (profusely being the operative word, here). You can order a hot latte instead of an iced, if you’d like (or not, if you don’t like) and you can wear a cardigan if you want (or not, if you don’t want) but you are probably still rocking your $2 Old Navy flip fops because REALLY, PEOPLE, IT’S NOT COLD ENOUGH FOR YOUR UGG BOOTS JUST YET, ADMIT IT.

The majority of a Floridian year (March to mid-October) is actually just “summer.” While the rest of the country is sipping hot cocoa and wrapping scarves around their necks, we’re still armpit-deep in a season which, solstices and equinoxes aside, never fails to arrive earlier than we want it to and always, always overstays its welcome. And so, when the relatively “cooler” temperatures finally do show up, they always provoke within me the contemplation of the year at hand, the one that’s steadily slipping away.

How is it fall already? I swear it was just yesterday I was clinking glasses of non-alcoholic champagne at midnight to protect the precious, not-yet-public life growing within me, cheering on the hopes and dreams surrounding the possibilities brought on by a brand new year. And now, with each falling leaf, another minute of 2012 simultaneously shrivels up and floats to the ground, only to be stomped on by an indifferent passerby. 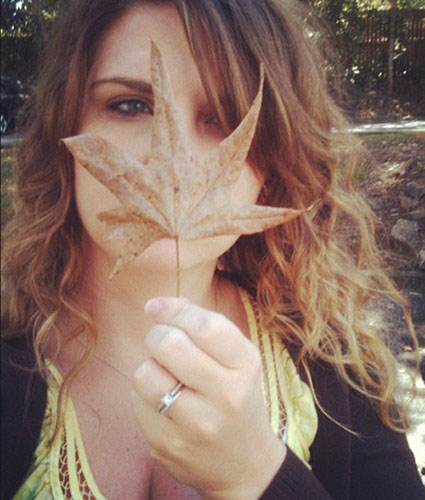 Last Saturday, my group of friends gathered together in the morning as we do each month to eat breakfast and study the bible.

After we all settled down with our plates of donuts and pigs-in-blankets (I had roughly fifty of them… roughly) I quietly surveyed the room of my friends. It was filled with individuals — all unique, all special, all quirky and broken, yet undeniably lovable in our own ways — who have experienced enormous amounts of change throughout this seemingly endless summer:

A whirlwind of change over the course of this year — mostly this summer. All in one, tiny, apartment living room.

As I write this, I’m sitting in my favorite coffee shop, one whose walls are about 80% windows, and just on the other side of the glass, a man with a leaf blower is loudly clearing the sidewalks of all of the crunchy, brown, tell-tale examples of the season.

In a way, I feel like each of us is a dried up leaf, withered by the effects of the summer, by the steady passing of time over which we have no control, being violently pushed around by the gusts of change.

As if 2012, which came so quickly and is on its way out just as fast, wasn’t chock full of enough changes, there is already a handful of changes lined up for the coming year. New marriages. New locations. New jobs. New babies.

And that won’t ever change.